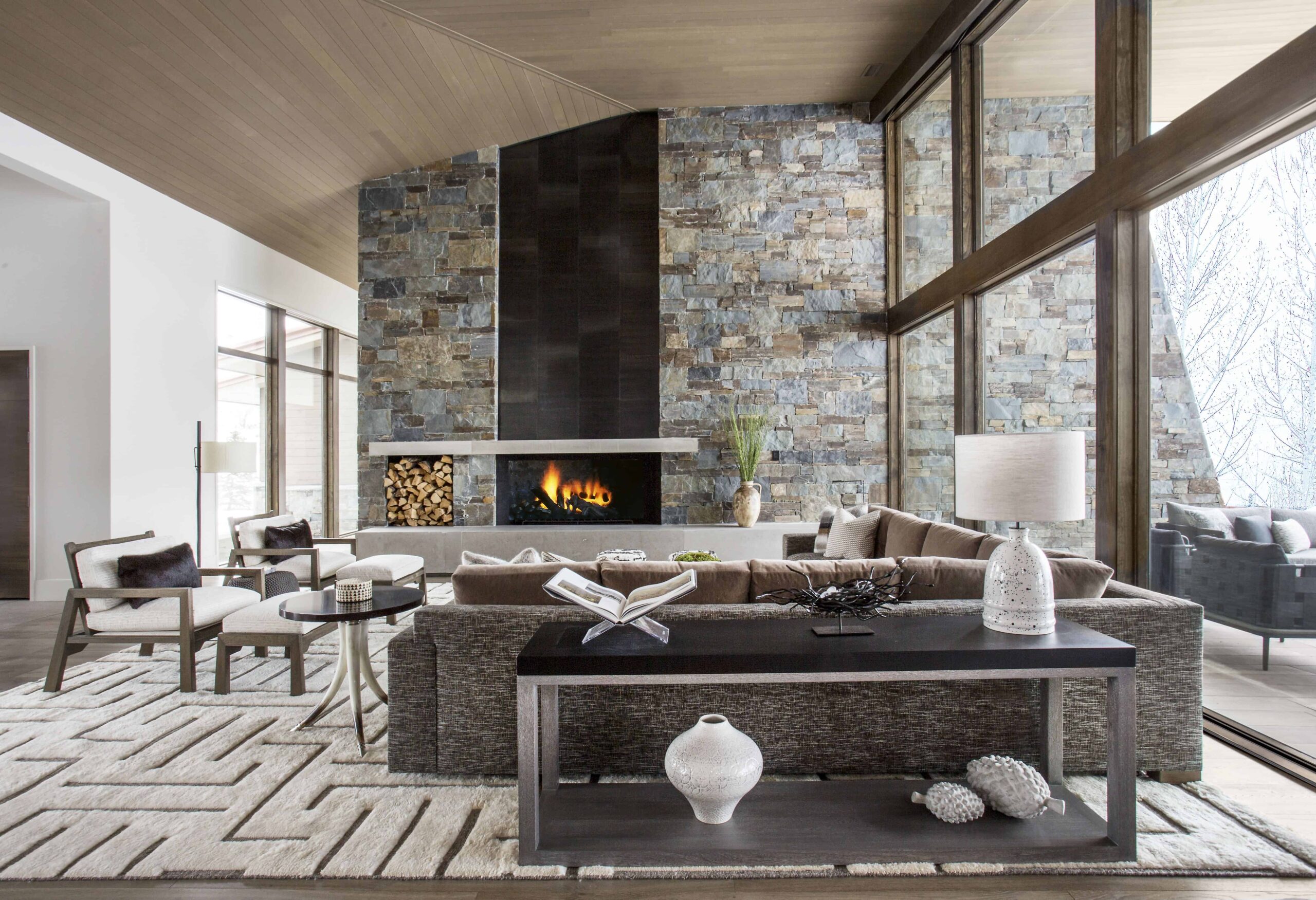 Partnering with longtime clients on their 5th and newest project brought together the best elements from our previous 16 years of collaborations. The 9,000 square foot modern mountain home was designed by Michael Upwall. The soaring architecture successfully blurs the line between the interior and exterior of the home to take advantage of the magnificent mountain views. The approach for the interiors was to create a relaxed and livably-luxurious residence that spoke to both the architecture and the environment. The seating arrangements throughout were developed to feel just as comfortable for an intimate family getaway as it would for a full house of guests.  The shapes, textures and finishes were selected to be modern, inviting and contextually suited to sophisticated mountainside living. As commonly done for our client’s turnkey vacation residences, their home was ready to enjoy moments after setting down a suitcase.